5 Simple Ways To Connect Well With Others

I was seven years old when we moved to a little mountain village halfway between Salmon Arm, BC and Kamloops, BC called Chase. The year was 1972. If you’ve been to Chase you know it’s not a large town. It’s more long and skinny than anything. It parallels the Trans-Canada Highway, and runs downhill north to south. We lived in a mobile home park up the mountain on the far north end of town. I went to school down the mountain on the far south end of town. We walked, which wasn’t a big deal because it was a small town and it was downhill the whole way. Easy, took about 35 minutes but there was a problem. I was a lazy kid walking home after a long day of school when I was already exhausted. It also meant I had to walk uphill the whole way and I know what you’re thinking; yes that was back in the days when they paved the streets with crushed glass and we walked barefoot. Now being lazy can be a good thing if you’re unsatisfied with the status quo, it forces innovation. There’s got to be a better way or in my case an easier way. And there I was. Instead of walking uphill across town my best friend Carl and I would walk due west, to a little train switching yard on the outskirts of town. If you’re getting ahead of me you’ve likely guessed correctly. We jumped the train to ride the rails home. Now I’m not talking about using your bus pass to ride the light rail transit system. I’m talking about Canadian Pacific Railway, thunderous dual engine diesel locomotives, 6000 horsepower per locomotive and multiple locomotives per train. Has enough to make the ground shake at a high idle. 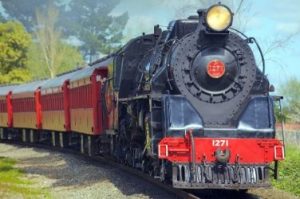 There were numerous trains that ran through town every day, mostly mainland expresses that ran south bound, loaded with freight and passenger traffic. But there was a late afternoon train that often stopped to pick up extra cars on its way north. As you can imagine Carl and I would wait for the cars to connect then as the train pulled out headed north through town we jump on for a free ride. In my profession as a leadership coach I’ve come to recognize and realize that there were important lessons for Carl and me to learn about connection. Not just freight car connection, but how leaders connect with or maybe more importantly, fail to connect with their people. Educators need to connect with their students. Governments at every level need to connect with their constituents. And if we want to build healthy strong communities then citizens need to connect with each other. I could go on, but I’m sure you get the point. Have you ever watched a train couple and connect cars? A major mistake many leaders make is thinking that connection is the followers responsibility. Nothing could be further from the truth. It is the leader’s. And the same is true for the rest of us too. Parents, it’s your responsibility to connect with your kids not the other way around. Teachers it’s your responsibility to connect with your class not the other way around and for municipal members too. Provincial or state leaders through federal bureaucrats, it’s your responsibility to connect with the people you represent, not the other way around. Again, I could go on but I’m sure you get the point. Sounds basic, I know. You’d think this would be a no-brainer but from local small, and local mom-and-pop business to big business around the world I encounter people every single day who just don’t get it. I used to be one of them back when I started in business I didn’t understand leadership. Heck I didn’t understand management since I didn’t understand the difference between the two. I didn’t know when or how to execute either, so like the masses I failed at both. To say it as politely as I can I think the best two words that you could come up with to describe me as a boss back then might be clueless jerk. Watching train cars couple back in that little switching yard years ago, never did I ever see a locomotive just sit on the tracks and wait for the freight cars to be pushed up to it to make the connection. Likewise, a good leader, a locomotive leader understands it’s their responsibility to back up and make the connection themselves. The people don’t serve the leader, the leader serves the people. As leaders, yes many times we are out front blazing a trail. We’re visionaries, we know where we want to go. We’ve got a mandate and a plan and a rope set on how to get there and we want to make good time. For many, the last thing we want to do is slow down, heaven forbid come to a complete stop just to have to back up and connect with another follower. But a good leader, a locomotive leader understands they must. It’s their responsibility it’s their mantle and it’s frankly, their job.

There were times back in that little switching yard when a locomotive would gain too much momentum backing up. Have you seen this happen? Maybe you haven’t, but I’m sure you’ve heard it when a locomotive gets too much momentum. It basically crashes into the car or cars it’s trying to connect with. It then pulls forward leaving the car sitting on the track exactly where it was. No connection is made but there’s usually a lot of noise and you can hear the effects of it ripple all the way down on the line. In extreme cases such actions have actually caused derailment. Likewise, a leader may backup to connect with their people, but if done in haste, if not done correctly or gently enough, instead of connecting they may basically crash into their people, and they usually make a lot of noise. Then the leader pulls out of the station leaving the follower sitting on the proverbial tracks wondering what happened and the effects ripple all the way down the line. And yes, in extreme cases sometimes such actions have even caused derailment too. 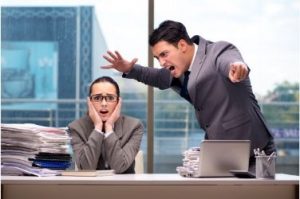 Often these hurried and harried leaders, these brash and brazen leaders, these leaders that sometimes just don’t care, go through life thinking that they are some kind of amazing leader. We’re left thinking, you’re not much of a leader, you just left us behind wondering what’s happened. The old proverb is true, you may be out front but if no one’s following you’re just taking a walk. These types of leaders think that just because they’ve touched the people they’ve connected with the people. Leadership guru, John C Maxwell said it right, “Everyone communicates but few connect.” You can touch people for the rest of your life and never connect with them. You can talk to people and communicate with them as long as you want and never connect with them. You can say hi to people, know who their family is, know when their birthday or their special anniversaries are because a reminder pops up on your Facebook or your Outlook. But just because you know who people are doesn’t mean you’ve connected with them. And unfortunately, this is evident in every environment. Every day countless children and spouses go home to their families and are never connected. Neighbours live across the street or over the fence from each other sometimes for decades and never connect. Students go to school sometimes at the same school with the same teacher and the same classmates for years and years and never feel connected. We take pride in ourselves sometimes because we attend and participate in service clubs and social circles, but yet so often never connect to the people we spend so much time with. It’s a tragedy.

Carl and I learned another important lesson. There is a coupler on each end of every locomotive and train car. Regardless of make, model or type there is a coupler on each end. The locomotive might do everything right, it forgoes its forward momentum and comes to a complete stop. It might even back up gently enough and softly enough, but if the couplers aren’t open connection still fails. Not only does the locomotive or the leader’s coupler need to be open, so does the followers. And again, full responsibility for ensuring that both couplers are open and ready to connect falls to the leader. You say, “Great now I get it. I get the lesson. But how do I actually do this? How do I connect with people?” You’re a sharp audience I’m sure, so I’ll answer that with another question. Do you know the difference between a travel agent and a tour guide? In their most basic function, and in risking offence, a travel agent says, “Go there, do that, do this.” And then they send you on your way to take the journey yourself. Friends talk is cheap and people really don’t care where your fingers are pointing. Conversely, a tour guide says, “Let me take you, I know where you want to go. I’ve been there before, I know the best way. I can show you things you’ve never seen before. I can teach you things you’d never learn otherwise. Come on let’s go together.” Travel agent or tour guide, which one do you think connects? 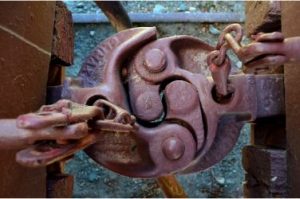 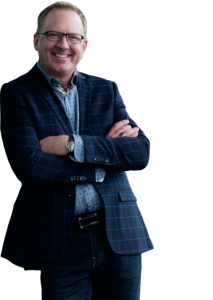